Though the details have yet to be confirmed plenty of speculation is in the air and swirling around city hall in Satellite Beach about the re-opening of the Satellite Beach Cinema in the Atlantic Plaza. Maybe, as soon as next year! 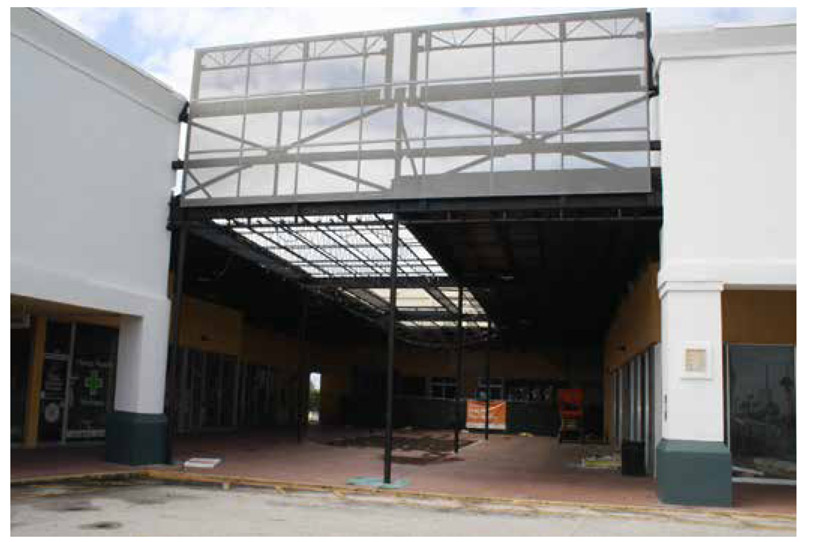 “We are hoping it becomes a reality, though we still have nothing in writing filed here at city hall as to the exact details,” said Satellite Beach Mayor, Frank Catino. The Satellite Beach Cinema, which was the only movie theater operating along the A1A beachside corridor from Cape Canaveral to the Indian River County line for nearly 52 years closed its doors in May of 2019. According to Mayor Catino and City Manager Courtney Barker, several new businesses have shown interest and inquired about moving in the plaza.

In an article dated August 30th, 2020 published in Florida Today, it was reported the plazas management company, Orlando-based Brixmor Company, was contacted several times in an effort to confirm the speculation that the theater may re-open, but the reporter was unable to verify information or receive a callback.

It is clear to Mayor Catino and others that all the construction happening at the plaza is part of a larger plan to not only attract new tenants but likely is a sign that the theater may return.

“As of September 20th, 2020, we still don’t have documentation, but think it’s only a matter of time before we will know more,” said Catino, who will term out of his Mayor position in November. 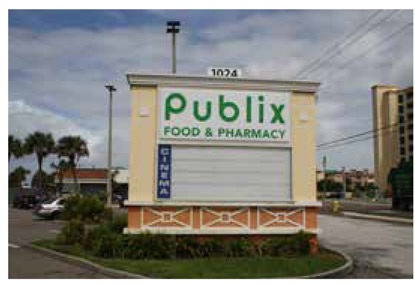 Mark Bruzek, partner at RAM General Contracting and Development, Inc. of Lakeland, who is currently doing renovations to the courtyard area leading to where the theatre once operated- did confirm in a statement to Florida Today that though his company currently has no knowledge of the Cinema returning to the site. He and his crew along with other sub-contractors have been upgrading beams, installing lighting, and painting the area. Cost for the project he said was estimated to be about $800,000.

“If and when the cinema re-opens, it will definitely be a great amenity for the city and hopefully boost business revenue for both the plaza tenants and other nearby restaurants and businesses” Catino said. The nearest  movie theaters’ to this location are over on the mainland; the Melbourne Premiere Oaks 10 which is 12 miles away and the AMC Avenue 16 in the Avenues at Viera are 14 miles from the Atlantis Plaza location.

“This is just one of the reasons it would be great to have a movie theater in this area again,” said Catino.

The Beachside Plaza, now anchored by Publix was once a thriving nearly 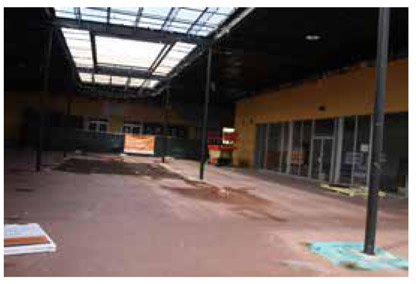 600 square-foot commercial shopping center. It has struggled to keep tenants over the past several decades. Planet Fitness moved in, in 2018, helping to fill a large part of vacant space on the south corridor of the plaza.

Hopes for more restaurants and other shops to fi ll the plaza that would be open during similar hours. Hoping that will lend support for bringing the cinema back are somethings Catino said is needed.

He said that the other movie theaters such as the Oaks in Melbourne and The Viera Avenue Cinema are surrounded by restaurants and other retail stores that attract patrons to those areas.

“When businesses come into the plaza it is really necessary to support them,” said Catino.

The Satellite Beach cinema opened in 1967, and records show that in 1977, it was changed to a dual screen theater. After changing hands during the next several years the theater added four additional screens.

According to records, the first flick at the location back in 1966, entitled “Beau Geste” featured such iconic names as Telly Savalas, Leslie Nielsen, and Doug McClure.

Mayor Catino said, “he hopes that the speculation turns to reality soon and Satellite Beach can again enjoy watching movies on the big screen beachside.”

Your email address will not be published. Required fields are marked *